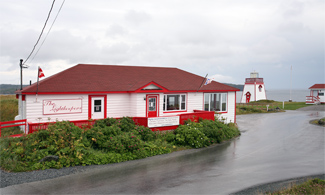 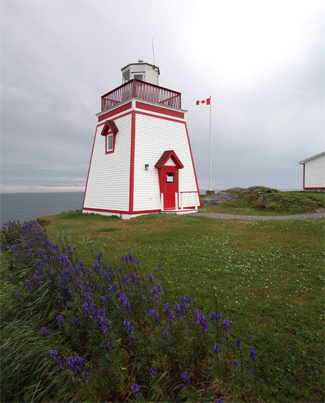 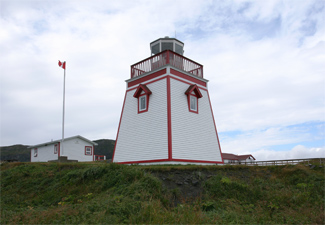 French explorer Jacques Cartier reportedly named St. Anthony Harbour in 1534, though this long, deep, and protected anchorage was likely well-known by the French fishermen from Brittany who frequented the shores before Cartiers voyages. The French used the harbour as a base for fishing the Straits of Belle Island and the Grey Islands, until they lost their fishing rights along the Newfoundland shore in 1904. As the French were prohibited from over-wintering in Newfoundland, they engaged Newfoundlanders as guardians during their absence, even though the English were not supposed to settle along the French Shore. The first permanent settlers in the area arrived around 1850, but it wasnt until the arrival of Dr. Wilfred T. Grenfell in 1899 that the community really started to prosper. Grenfell chose St. Anthony as the site for a hospital to serve Labrador and northern Newfoundland and as the winter base for the Royal National Mission to Deep Sea Fishermen.

Grenfell later established the International Grenfell Association (IGA), which encouraged communities to develop new industries and tried to improve the health of the citizens by promoting farming. Besides its hospital, the IGA operated a lumber mill, co-operative stores, schools, and orphanages to enhance the quality of life for Newfoundlanders.

Fox Point defines the eastern side of the entrance to St. Anthony Harbour, and a harbour light was established on it 1906. This light was exhibited from a lens lantern hoisted atop an open framework painted white and was kept in operation during the navigation season, which typically ran from June to the end of December. In 1912, a lighthouse, in the form of a circular iron tower painted with red and white vertical stripes, was placed on Fox Point. The tower displayed an occulting white light, showing equal alternate periods of 2.5 seconds light and 2.5 seconds dark, at a height of 20.5 metres (67 feet) above the surrounding water. The first keeper of the light was W. Patey.

In 1936, a flat-roofed wooden building, with striping similar to the iron lighthouse, was built on the point to house a fog alarm. The iron tower was replaced in 1960 by a combination fog alarm and lighthouse, consisting of a single-story structure with a square tower rising 2.7 metres (8.9 feet) above its northeast corner. This new lighthouse, which was also painted with red and white vertical stripes, had a focal plane of 26.8 metres (88 feet). At this time, the light was converted from acetylene gas to station-generated electricity.

The old iron tower, no longer needed, was lowered down over the cliff face, where it jammed in a crevice. One of the keepers at the time, thought it would be lodged there forever, but the sea eventually washed it away, and divers have since found it in about 40 fathoms of water.

Two dwellings, one constructed in 1955 and the other in the early 1960s, were situated near the lighthouse. As the lighthouse was only a twenty-minute walk from St. Anthony, the keepers' children could attend public school, and their families could participate in social functions in town.

After commercial power was extended to the station in 1970, the keepers no longer needed to actively tend the light at night.

"I came here with the Department of Transport in 1952," recalled Keeper Wesley Pynn in 1983. "Before that I worked in the Grenfell Mission and before that I was teaching. I didn't like teaching very well, not enough for a career." Keeper Pynn saw a lot of changes at Fox Point during his career that spanned several decades. Over the years, the lighthouse steadily became more automatic, and being one who likes to keep busy, Wesley fondly recalled his earlier days at the light. "We worked 84 hours a week, 12 hours a day, seven days a week. I could find work every day in that 12 hours. Everything was brass and you had to be polishing it all the time. We had a big Fairbanks-Morrison diesel engine which burnt coal oil and you had to keep after it with a tub of water and mop to keep it clean. Today everything runs by batteries charged by a 40-horsepower motor."

With the air chimes fog horn turning itself on when visibility drops below a mile and a quarter and the light flashing six times a minute, day and night, Keeper Pynn admits he doesn't have much to do besides keeping the station up. "It's not the satisfaction to my liking or knowledge at all as you could have with the old equipment." In his spare time, Keeper Pynn was keeping busy building an eighteen-foot boat.

One of the keepers dwellings began operating as the Lightkeepers Seafood Restaurant in 1993, while the second dwelling was moved into town.

Today, a modern lighthouse, dating from 2002/2003 sits on the point with a small office nearby for the keepers. The keepers no longer live at the station, but rather maintain typical office hours, during which time they maintain the structures and provide tours for visitors. In 2009, Randy Campbell, Glen Taylor, and Dennis Blake, who have all served roughly thirty years as keepers, were taking turns caring for the lighthouse.

Located on the southern side of the entrance to the harbour at St. Anthony on the east coast of Newfoundland's Great Northern Peninsula.
Latitude: 51.356111, Longitude: -55.555083

For a larger map of Fox Point (Fishing Point) Lighthouse, click the lighthouse in the above map.