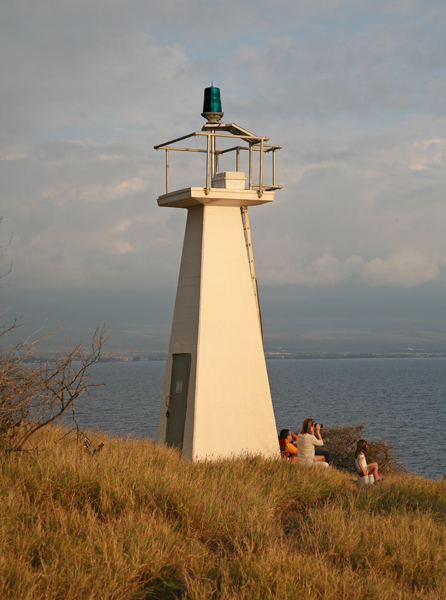 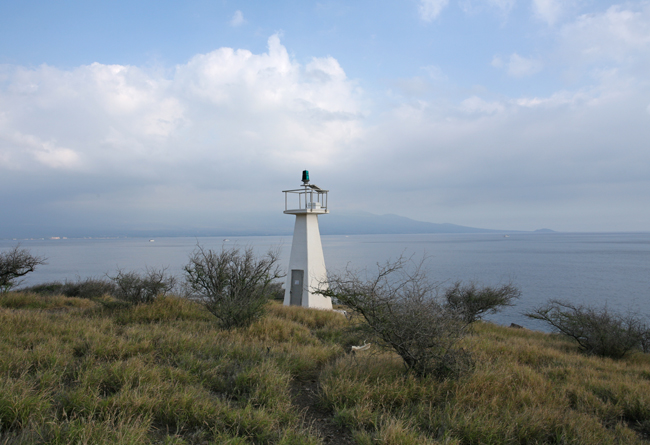 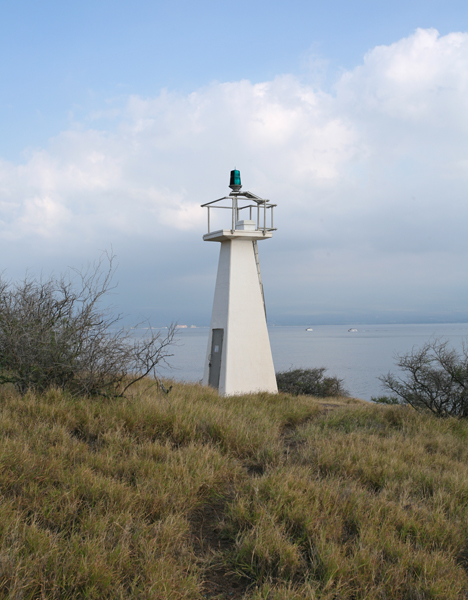 In 1877 Samuel G. Wilder organized the Wilder Steamship Company and initiated passenger and freight service between the Hawaiian Islands with a fleet of steamers. At that time, there were few navigational aids maintained by the Hawaiian Government, so the steamship company was forced to erect lighted beacons for the safety of its own vessels. One of these private aids was placed at Maalaea Bay in the 1880s and was an ordinary lantern, fitted with red glass and displayed from a post. When the Lighthouse Board assumed responsibility for navigational aids of the Territory of Hawaii in 1904, it replaced the lantern with a lens lantern suspended from a twelve-foot post.

In 1903 an acre and a third of land was acquired by presidential proclamation on McGregor Point, just over a mile southwest of Maalaea Bay, and in 1906 a light was established on the point to replace the one at Maalaea Bay. This new light consisted of a lens lantern mounted atop a thirty-two-foot mast, with a small storage shed at its base. A one-story dwelling was constructed just northwest of the light for the keeper.

In the 1870s Daniel McGregor captained vessels involved in the Koolau trade. Koolau means windward side of an island, and the Koolau trade involved the delivery of supplies between windward landings by interisland vessels. On one stormy night, Captain McGregor was bound for the landing at Maalaea Bay but knew the turbulent seas would prevent his anchoring there. Determined to find an alternate landing for the night, Captain McGregor sent three men forward with lead lines to sound the water while he probed the rugged shoreline in the pouring rain for an adequate anchorage. Between two and three o-clock in the morning, when the winds suddenly diminished and the water became significantly shallower, the captain ordered the anchor dropped for the night. The next morning McGregor awoke to find that he had discovered an excellent cove, which, along with the protecting point, still bear his name.

The 1906 light at McGregor Point was replaced by a twenty-foot reinforced concrete pyramidal tower by 1915. The focal plane of this tower, which today shows a flashing green light, is seventy-two feet above sea level.

For a larger map of Minor light of Maui - McGregor Point Lighthouse, click the lighthouse in the above map.

From Kahului/Wailuku travel south on Highway 30 towards Ma'alaea Harbor. 1.4 miles past the harbor you will see McGregor Point Light on your left.


Near the lighthouse is a plaque, affixed to a large boulder, that reads: "This monument commemorates the arrival of the Norwegian barque Beta which dropped anchor near this spot on February 18, 1881, and of her sister ship Musca, which arrived in Honolulu May 13, 1881. They brought more than six hundred Norwegians, Swedes and Danes to work in the sugar cane fields and mills of the Hawaiian Kingdom - the first and only mass migration of Scandinavians to these islands. For their contribution to the life of this land, as well as those of their countrymen who proceeded or followed, our mahalo and aloha."

We just happened to be on the point on February 18, 2008 - 127 years after the arrival of the Scandinavians. The winter months offer a great opportunity to observe humpback whales frolicking in the waters off Maui, and McGregor Point is a great place to relax and watch the show. I've never seen so many whales breaching and spouting as I did during a few days on Maui.