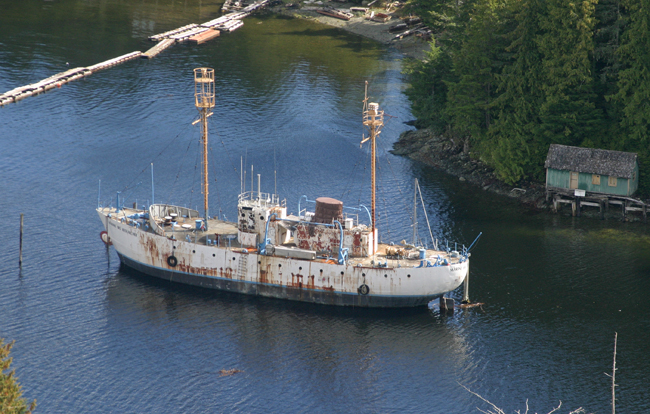 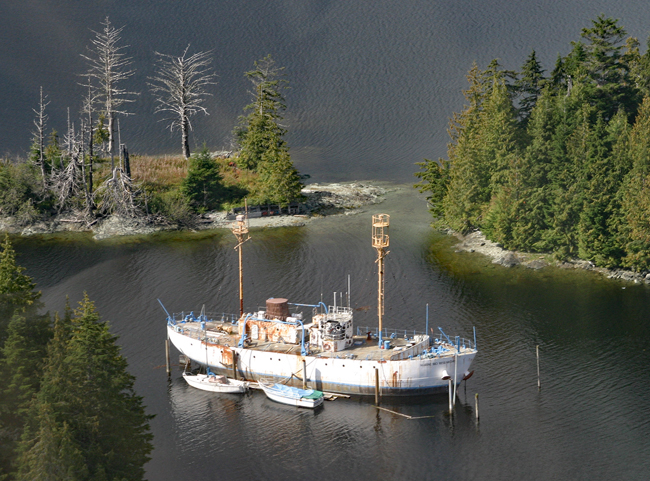 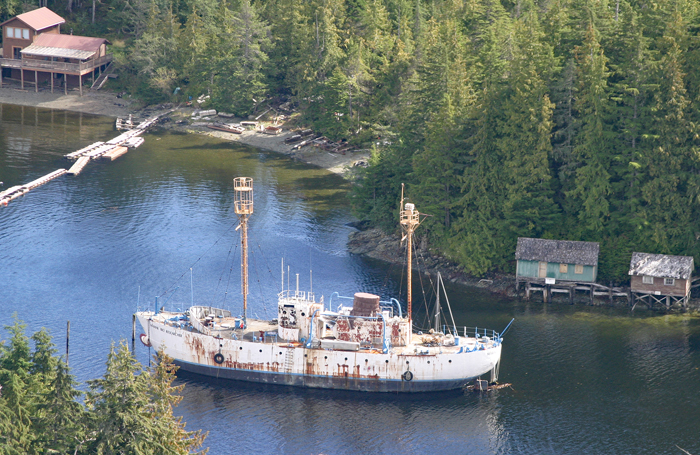 Umatilla means water rippling over sand, which sounds like a right good name for a shoal or reef, but surprisingly, this name was not given to Umatilla Reef directly. In February 1884 the steamer Umatilla was sailing along the Washington coast in high seas and blinding snow, when it ran aground on a reef four miles off Cape Avala. Although the Umatilla was worked free and towed away following the storm, its name has remained attached to the reef ever since.

Fourteen years after the Umatilla grounded, the first Lightship Umatilla (LV 67) was anchored near the reef to prevent other vessels from experiencing the same misfortune as the Umatilla. The original lightship was propelled by a steam engine, and alerted nearby mariners with a steam-powered whistle and oil lamps. LV 67 served at the reef until 1930, when it was retired and replaced by LV 93. The second Umatilla Reef Lightship marked the area until it was relocated to the Columbia River in 1939.

LV 88 lowered its anchor near Umatilla Reef for the first time in 1939, and was associated with the station until 1959. During World War II, LV 88 was commandeered for the war effort, outfitted with guns and radar, and used as an examination vessel near Seattle until returning to Umatilla Reef in 1945 at the conclusion of the war. During LV 88s absence, a lighted buoy marked the reef.

The final lightship to mark Umatilla Reef was LV 196, which in 1961 replaced a lighted buoy that had been positioned near the reef since 1959. LV 196, which was built in Bay City, Michigan in 1946, is the only Umatilla Lightship whose current whereabouts is known. When work on LV 196 was completed at Bay City, the ship sailed through Lake Erie, Lake Ontario, and the St. Lawrence Seaway on its way to its first assignment at Pollack Rip, MA.

LV 196 served at Pollack Rip from 1947 to 1958, before moving to nearby Nantucket Shoals, where it served two years as a relief ship for LV 112. LV 196 was then overhauled in Curtis Bay, MD, before embarking to its new assignment at Umatilla Reef. En route the lightship stopped at Miami and Kingston (Jamaica) before transiting the Panama Canal, and then called at Acapulco (Mexico) and San Francisco while sailing north to Seattle.

LV 196 served at Umatilla Reef from 1961 to 1971, when it was decommissioned. The vessel was reportedly near Seattle in 1980, but then it disappeared from the lightship community until it was spotted in Ketchikan, Alaska in 2000. The ship no longer bears the name Umatilla, but rather Marine Bio Researcher. How and where it was actually used as a research vessel remains a mystery. In Alaska, the ship belonged to Jim Faro, owner of Southeast Stevedoring, and it was reportedly used as barracks for crews working in the logging industry. The lightship was reportedly scrapped sometime before 2016.

Formerly anchored in a bay on the northern end of Pennock Island, just offshore from Ketchikan, but in August of 2007 it was moved to a position just north of Lewis Reef north of the Ketchikan Airport.
Latitude: 55.375782, Longitude: -131.747317

For a larger map of Lightship Umatilla WLV-196 Lighthouse, click the lighthouse in the above map.

The lightship has been scrapped.