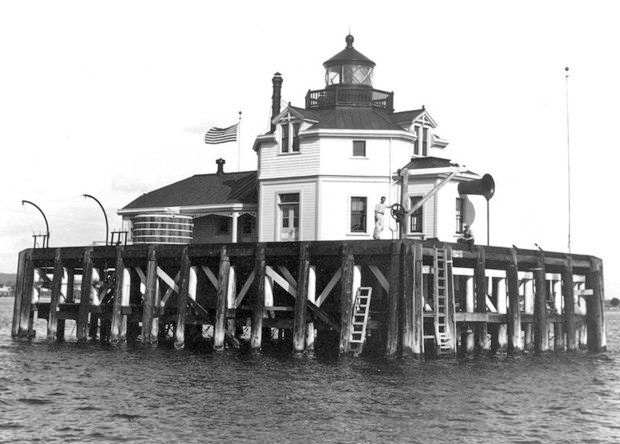 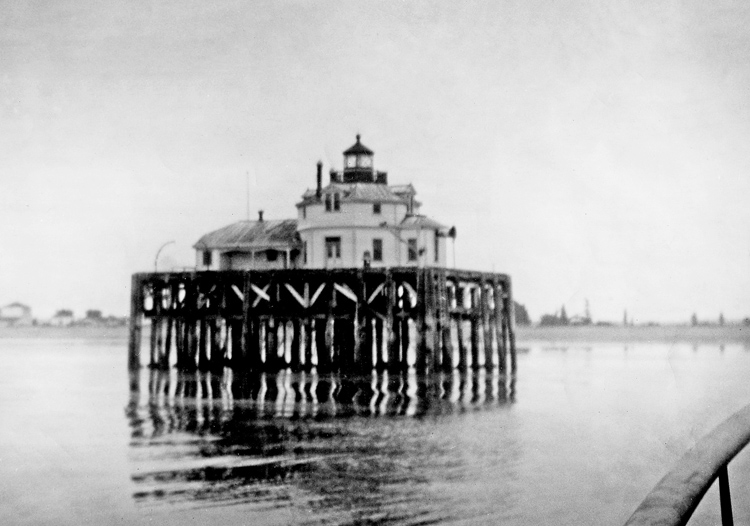 1897  Semiahmoo light and fog signal, Semiahmoo Bay, Gulf of Georgia, Puget Sound, Washington.There is now a post light at Semiahmoo. While it is useful, it is insufficient for the needs of commerce. Blaine, the principal town in these waters, has a population of some 1,500, and certain lumber interests. At Semiahmoo, on the opposite side of the bay, which is narrow, there is a large cannery. Several lines of steamers from Vancouver on the north and Tacoma on the south touch at Blaine. During the fishing season this commerce is increased by vessels running in connection with the cannery. The harbor is difficult to enter, particularly at night. A small light and a fog signal would be of much service to commerce. It is estimated that they could be established for not exceeding $25,000, and it is recommended that an appropriation of this amount be made therefor.

1902 -. Semiahmoo Harbor, Washington. By the act approved on June 10, 1902, an appropriation was made of $25,000 to establish light and fog-signal. The work will be commenced as soon as practicable.

1903 -. Semiahmoo Harbor, Washington.The act approved on June 10, 1902, appropriated $25,000 for the establishment of a light and fog signal. A preliminary survey was made to determine the area and boundaries of its site. On April 14, 1903, the Board approved the location of this site and decided to erect structures here similar to those at Desdemona Sands, Oregon, light-station. Plans and specifications are now being prepared and negotiations for the site are under way.

1904  Semiahmoo Harbor, Washington Sound, Washington.The land for the site of this light-station was condemned on January 10, 1904, and damages to the amount of $50 were awarded. A contract for the construction of the station is now being made.

1905  Semiamoo Harbor, Washington.The act approved on June 10, 1902, appropriated $25,000 for establishing a light and fog-signal station here. Bids for constructing the station were opened on May 31, 1904. The lowest received was accepted and contract was made. It was completed, and on May 15, 1905, the light was shown for the first time.

1905  Semiamoo Harbor, Washington.The Daboll trumpet was in operation some 3 hours and consumed about 2 gallons of oil. This fog-signal was on May 15, 1905, started for the first time.

1944  Lighthouse deactivated and torn down.

For a larger map of Semiahmoo Lighthouse, click the lighthouse in the above map.

The modern light that occupies the site is best seen by boat.

The modern tower is owned by the Coast Guard.