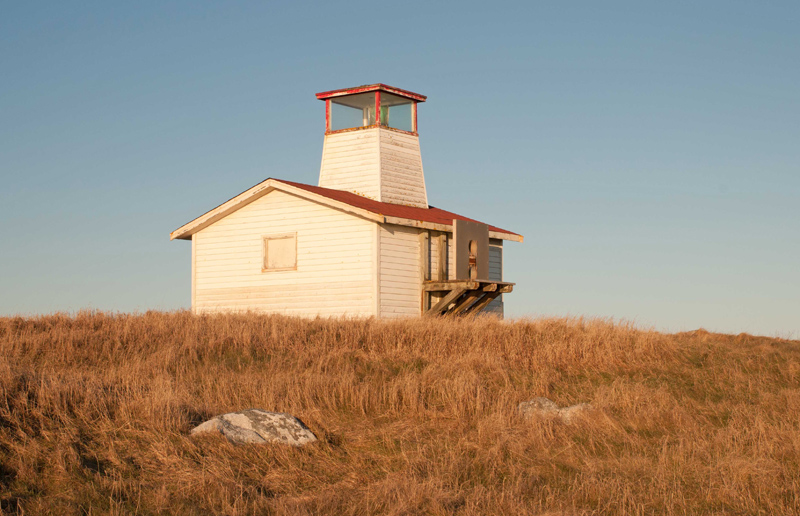 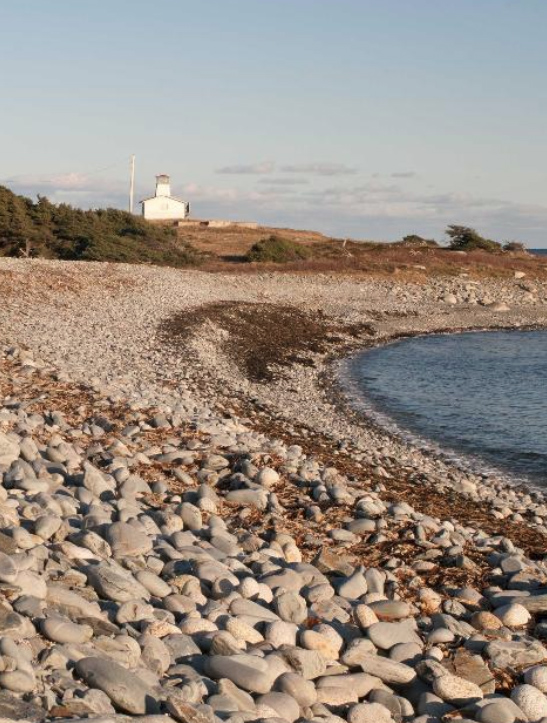 Berry Head is the eastern point of a roughly three-kilomtre-long peninsula that is connected to the mainland by a skinny spit and helps forms the western side of Tor Bay. Within Tor Bay are found the communities of Charlos Cove, Larrys River, and Tor Bay. In its annual report for 1876, the Department of Marine provided information on the newly constructed Tor Bay Lighthouse, erected to mark Berry Head and the western entrance to Tor Bay:

This light was first exhibited on the 10th April 1876, and is situated on the eastern point of Berry Head. It is the west side of the entrance to Tor Ray, Guysboro County, and is for the purpose of guiding vessels into the bay. The tower is a square, wooden building 36 feet high from base to vane, with a dwelling for the keeper attached. The tower is painted white with vertical red stripes, and the top of the lantern is painted black. The light is fixed shewing red to seaward, and white to northward into the bay and towards Molasses harbour, and is elevated 51 feet above high water mark. The lantern is of iron 9 feet in diameter, having ten sides glazed with plate glass 36 x 28 x 3/8 and the light is shewn by means of large circular lamps and reflectors.

The building was erected by Mr. James McDonald for the sum of $1,525. This sum includes the building of an oil store 12 x 16 feet with 8 feet posts, and also a fence round the lighthouse property. Mr. Joseph Delorey was appointed keeper at a yearly salary of $250 per annum.

Keeper Delorey was supplied a boat, but as there was no natural landing on the headland, a crane with hoisting gear was installed on a steep rock near the lighthouse to raise the boat from the sea. This was the keepers primary means of accessing the station until a road was built across the peninsula a few years later. Dennis Gerrior replaced Delorey as keeper in 1878 and looked after the light for the next twenty years.

James Webber took charge of the lighthouse in 1898, and relatives of his would look after the light until it was automated. James Webber served until 1912, when George Schrader, James nephew, was appointed keeper. Charles A. Webber, another nephew of James Webber, was responsible for the light for the period from 1925 to 1933, except for 1926 and 1927, when George Schrader returned to the position of keeper. Lewis Webber, son of Charles Webber, served as keeper from 1934 to 1952, and the final keeper of the light was Wilfred Sangster, who married a granddaughter of James Webber.

The station was rebuilt in 1951, when a new square, wooden tower with sloping sides was built along with a detached three-bedroom dwelling for the keeper. The station was made unwatched on September 11, 1959, after three banks of larger battery cells were installed to power the light. Wilfred Sangster retired as keeper at this time and Chester Gammon was hired as caretaker at an annual salary of $100. All surplus buildings at the station were burned on November 2, 1972.

After mariners complained about the quality of Tor Bay Light, commercial power was extended to the lighthouse in 1976, and in April 1978, an electric horn was placed in operation.

The present lighthouse was built in 1985, and at this point, the Coast Guard changed the name of the light from Tor Bay Light to Berry Head Light, the name it retains today.

For a larger map of Berry Head (Tor Bay) Lighthouse, click the lighthouse in the above map.

Take Tor Bay Branch Road past the provincial park, cross the causeway, and park at the first dirt road on your right. Continue down to the shoreline and follow the trail into the woods. You will need to go around many boggy areas as well as deadfalls on the trail. The trail will eventually lead you to the coastal barrens and rocky shoreline, which you may follow the rest of the way to the lighthouse. It is roughly 3.2 kilometres (2 miles) to the lighthouse.