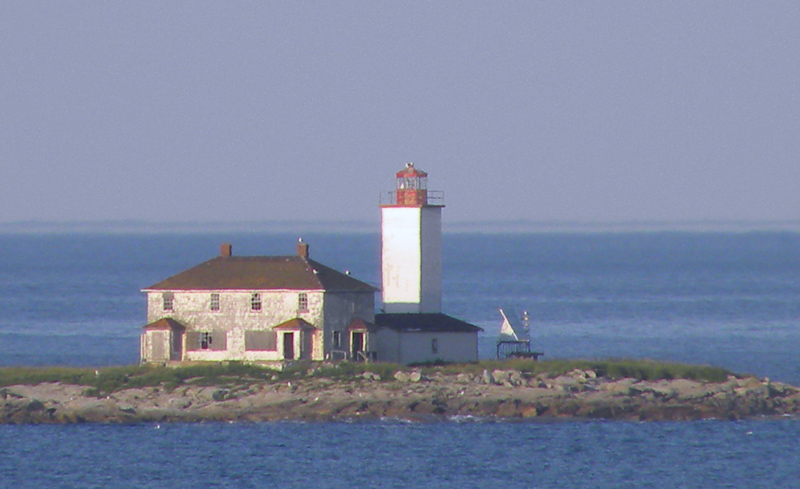 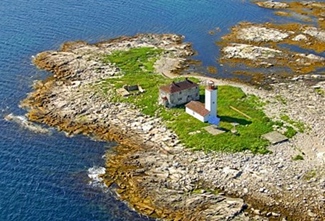 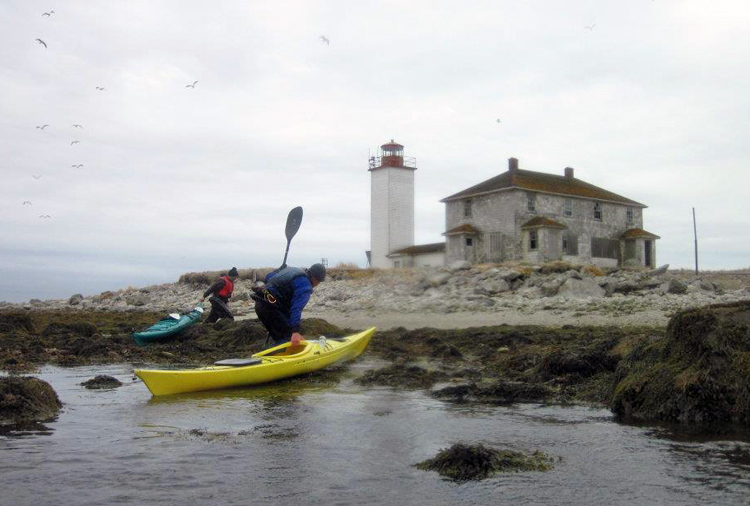 In 1807, the House of Assembly of Nova Scotia appointed a committee to investigate the expediency of erecting a lighthouse near Canso, and this two-man committee issued the following report in 1808:

That the committee having used great diligence in procuring information relative thereto, as well as from ships engaged in foreign trade, as from the commanders of his Majestys ship and vessels, they are of opinion that it will be of the utmost consequence to the Trade of this Province, and the safety of shipping, that a light house should be erected upon Cranberry Island; and the committee are of opinion that the sum of four hundred pounds will be necessary for that purpose.

Cranberry Island is a low-lying collection of rocky ledges that are connected at low tide, but at high tide, the island is divided into a northern part and a southern part. Situated five kilometres east of Canso, Cranberry Island was a natural spot for a lighthouse to mark the entrance to both Canso Harbour, and the Strait of Canso  the important waterway passing between Cape Breton and the Nova Scotia mainland. On May 20, 1817, James Bowers, a carpenter, and others hired to help build Cranberry Island Lighthouse left Halifax aboard the Schooner Union and started a four-day sail to Canso. The men worked six days a week from the first of June until they left the island on October 19. Work continued the next summer, and the light was finally put in operation on November 1, 1818.

Cranberry Island Lighthouse was described in 1858 as a large octagonal tower with a dwelling nearby for the keeper. The tower was painted white with red horizontal stripes, and, to distinguish it from Sambro Lighthouse, it displayed two fixed lights: an upper one in the lantern room using twelve lamps, and a lower one in a bow window using five lamps.

On September 20, 1865, Daboll fog trumpets were placed in operation on Sambro Island and on Cranberry Island. A building was constructed roughly 100 metres from the lighthouse to house the caloric engine that produced the compressed air necessary to sound the trumpet. The caloric engines required frequent and costly repairs. The danger posed by these breakdowns was described in the Annual Report of the Department of Marine for 1869:

The very serious evil consists in the difficulty and sometimes impossibility of giving notice of the stoppage of the trumpets in time to warn masters of vessels, who, during foggy weather, may find themselves in their neighbourhood, and, not hearing the sound of the trumpet, upon which they rely as a guide, may run into imminent danger. Fog Signals of this unreliable character, instead of being useful guides, may, in consequence of their inefficiency, prove most perplexing to captains of vessels, and become, in themselves, new sources of danger, instead of aids, to navigation.

When the fog trumpet on Cranberry Island became disabled on August 30, 1870, the decision was made to discontinue it until a more reliable steam whistle could be installed on the island. John Cormack was placed in charge of the new steam whistle on September 9, 1871, at an annual salary of $450, but he left just over a year later, and James Hanlon, the keeper of the light, assumed responsibility for the whistle as well. Keeper Hanlon served on the island from 1854 until he retired in 1883. Besides the engine-house for the fog alarm equipment, a tank-house was also built to store the water required to operate the steam engine along with a dwelling for the engineer. The steam whistle sounded an eight-second blast each minute during periods of limited visibility.

On August 24, 1873, a hurricane, known as the Great Nova Scotia Cyclone, caused heavy damage along the Atlantic Coast of Nova Scotia and killed 500 people in the province. The Department of Marine reported the following damage at the station:

At Cranberry Island, at ten oclock p.m., the sea was within a few feet of the lighthouse and dwelling. From that time to midnight it ran completely over the Island, carrying away two boats from the sides of the buildings, where they had been placed for security, also about ten tons of coal. The wall under the store and in front of the dwelling were much injured. The wind tore the shingles off the lighthouse porch and roof of the store, carried away the doors and tore up the fences, platforms, &c. The upper Light was out from 10 p.m. until daylight.

In 1880, tenders were invited for the construction of a new lighthouse and an attached dwelling for Cranberry Island, and a contract was awarded to Philson Kempton of Queens County for the sum of $3,800. Work on the new structure was nearly complete when, on October 13, 1881, a fire broke out in the tower that destroyed all buildings on the island except a new oil store and a storehouse. Also lost in the fire were the new lighting apparatus and lantern room, and the keepers furniture and provisions. Mariners were notified of the loss of the light and fog alarm, and work commenced immediately on a fifty-foot skeleton tower that displayed a light from a small dioptric apparatus from its lantern room, and a second light twenty feet lower. These two lights were placed in operation on November 8, 1881.

Work on a new fog alarm building began in the spring of 1882. This structure was roughly twenty-nine feet square and had a semi-circular corrugated roof of galvanized iron. The engine house also contained a large brick water tank capable of holding 8,000 gallons and had an attached coal shed that could store about 200 tons of coal. The fog alarm machinery that had been salvaged after the fired in 1881 was taken to Halifax where it was overhauled before being returned to the island and placed in operation on July 1, 1882.

John G. Sinclair of Country Harbour was awarded a $3,690 contract to have a new tower with attached dwelling built by the end of June 1883. This new lighthouse consisted of an octagonal, seventy-eight-foot-tall tower with a commodious dwelling attached. A third-order Fresnel lens, manufactured by Chance Brothers in England, was installed in the lantern room to produce a fixed white light, while a bay window was placed thirty-five feet below the lantern room to show a fixed white light from a sixth-order lens. The tower was painted in red and white horizontal bands, and the dwelling a dark color.

A Neptune fog-trumpet replaced the steam fog-whistle in 1886. In 1906, a new fog alarm building was built on the southern part of Cranberry Island instead of the northern section, which was home to the lighthouse and the old fog alarm building. The new building housed a diaphone fog alarm, operated by air compressed by oil engines, that sounded a seven-second blast each minute as needed. The Canadian Fog Signal Company of Toronto supplied the machinery at a cost of $8,500.

In 1929, a new lighthouse tower was attached to the existing fog alarm building on the southern part of the island, and the light in the old lighthouse was discontinued. A photograph shows the new tower sketched onto the old fog alarm building. The tower was just over three metres square and displayed a light at a height of forty-nine feet above high water. A two-storey double-dwelling was added to the station in 1963, and the island became home to a head keeper and two assistants.

The station took the first step toward automation in 1971, when a steel, skeletal tower with an enclosed, central staircase was erected on the island and an electronic horn replaced the diaphone fog alarm. One of the assistant keeper positions was eliminated at this time. In 1978, a square concrete-block tower, attached to a rectangular concrete building, was constructed on the island, and the skeletal tower was transferred to Jeddore Rock.

A submarine cable was laid in 1981 to connect the station to commercial electricity, and in 1986 the station was de-staffed. The islands single dwelling had been torn down in 1985, and the boathouse was removed shortly after being declared surplus in 1989, leaving just the duplex and lighthouse on the island. A light mounted atop a square, skeletal tower now stands on the island next to the lighthouse.

For a larger map of Cranberry Island Lighthouse, click the lighthouse in the above map.

Take Route 16 to Canso, and then turn right onto Union Street and drive 3.2 km (2.0 miles) and look for Cranberry Island Lighthouse, which is located 2.7 km (1.7 miles) offshore. Coastal Adventures offers sea kayaking tours that pass by the lighthouse.