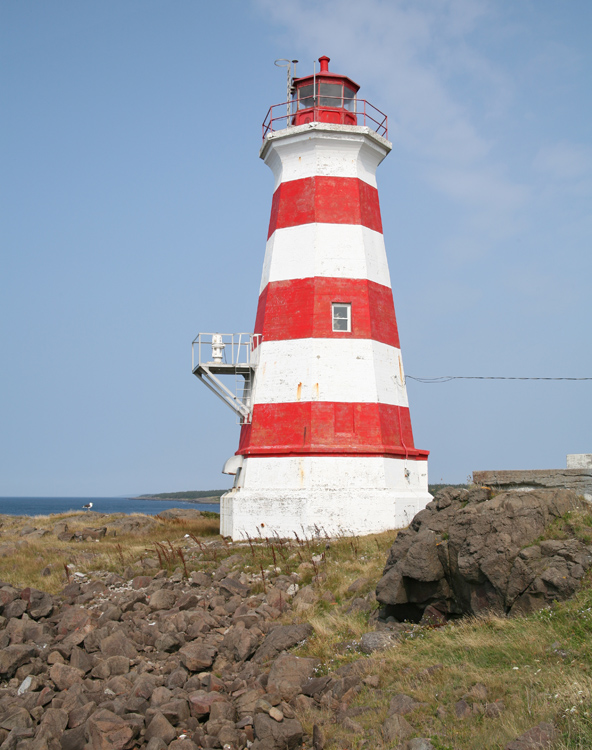 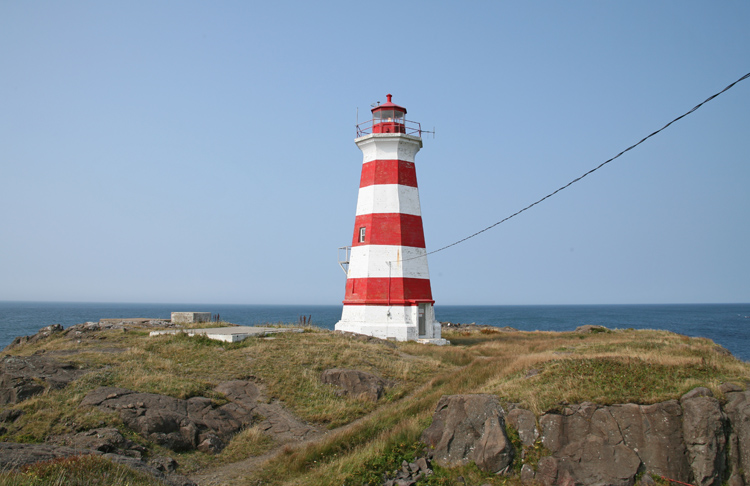 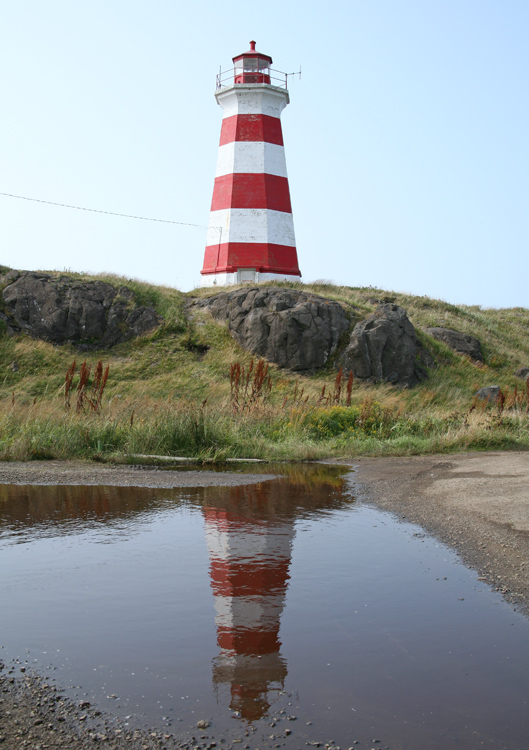 At the beginning of the nineteenth century, it was stated in the House of Assembly in Halifax: That the establishment of a light house on Brier Island at the north west entrance of St. Marys Bay, would be of the highest utility to the navigation of the Bay of Fundy, and equally beneficial to the trade of this Province and that of the Province of New Brunswick. In 1806, a sum of £500 was requested to erect a stone lighthouse on Brier Island, but a year later the legislature reconsidered and appropriated £200 for a wooden lighthouse. A sum of £200 was contributed by New Brunswick to assist with the project, and both provinces provided funds to operate and maintain the lighthouse over the next several years.

Isaiah Shaw was the contractor responsible for erecting the lighthouse, and a man sent to inspect the structure declared, in point of strength, and security against storms, there is no defect in the framing and workmanship. When placed in operation in 1809, Brier Island Lighthouse was just the fourth lighthouse built by the government of Nova Scotia. In 1813, £100 was requested for installing an iron railing around the top of the lighthouse so the keeper could clear the snow and ice from the lantern room.

In 1818, the lighthouse was described as so vilely constructed and ill lighted that it was a hazard, and in 1820, due to well founded complaints of mariners New Brunswick refused to make its annual contribution toward maintenance of the light. The light was reported to be so poorly constructed and negligently maintained that vessels turning toward land expecting to see the light could end up on the rocks before discovering it.

A committee of the House of Assembly of New Brunswick in 1821 recommended that a gallery be constructed around the lantern so that snow could be cleared from the glass in winter and that a decent salary be paid to some trusty person to attend the light instead of the present practice of hiring the job out to the lowest bidder. The committee advised that the grant for 1820 and 1821 should be paid in full confidence that Nova Scotia would adopt measures to address the complaints.

In 1830, a committee appointed by the House of Assembly of Nova Scotia reported that the timber used to build the lighthouse was in such a state of decay that they feared it would fall before the end of another year. A replacement lighthouse was built in 1834 at a cost of £489.

John Suthern served as keeper of Brier Island Lighthouse, also known locally as West Light or Southwest Light, for several decades, starting in 1820 and ending with his death in 1867. Suthern had served in Admiral Nelsons fleet during the period that included the Battle of Trafalgar and was granted the position of keeper as a pensioner for his service in the Royal Navy.

Joshua Slocum, Sutherns grandson, was the first person to single-handedly sail around the world. Slocum began his lengthy voyage at Boston in April 1895, and after an extended visit to his boyhood home on Brier Island, he took his departure from North America at Sambro Island Lighthouse near Halifax on July 3, 1895.

In 1905, keepers dwellings were built for the two light stations on Brier Island, Grand Passage and Brier Island, by Mr. E. C. Bowers, of Westport, for a contract price of $3,150. At this time, John N. Peters was in charge of the light, and B. H. Morrell was responsible for the fog whistle. Each received an annual salary for $400.

A new fog-alarm building, equipped with two fifty-horsepower boilers, three air compressors, and a three-inch diaphone, was constructed by day labor under the supervision of S. Montgomery at a cost of $9,575.63 in 1907. Shortly after this time, the formerly all-white tower was given three red horizontal bands to increase its visibility in snowy weather.

The wooden tower burned down in February 1944 and was replaced by the current one, a white octagonal concrete tower standing 18.3 meter tall. The following account of the fire appeared in a newspaper a day after the lighthouse was lost:

The gallant efforts of lightkeeper Albert Walsh (Welch) and his assistant, Murray Pugh, who were aided by men and boys from Westport, two and one-half miles away, saved the fog alarm station with its machinery and equipment from destruction in a blaze last night destroyed the 135 year old Western Light on Briar Island.

The origin of the fire is not known. The light is reported to have gone out at 10:10 last evening. Shortly after the big lighthouse was ablaze, the tall tower collapsing in a comparatively short time.

Wickerson Lent served as an assistant keeper at Brier Island in the 1960s and 70s and told of the stations fog horn in an interview with Chris Mills in 2001.

The fog horn was one of the most powerful on the coast. The only one anywhere near it was Sambro and Louisbourg Lights. They were about on a par. And it was so loud that when it would blow, the dishes on the shelf in the pantry in the duplex would shake!

One year young Percy Welchs son was being married in the living room and just as they were getting started I looked out and saw the fog was shutting in. So I knew what was gonna happen. I had to run and start the fog whistle.

It took a while for poor old Mr. Darby the Christian Church minister to catch on. Hed say a few words and hed watch his watch. And after the fog whistle would blow, then hed say a little bit more. He had to work his service in through that, till he got them married. Which was a sad thing because it was only a very, very short time after that they were both lost at sea.

Gilbert Ingersoll was appointed principal keeper of Brier Island Lighthouse in 1966, with two assistants serving under him. One of the assistant positions was eliminated in 1969, and the remaining one a decade later in 1979, leaving Keeper Ingersoll alone at the light until it was unmanned in 1987.

For a larger map of Brier Island Lighthouse, click the lighthouse in the above map.

Upon arriving on Brier Island by ferry from Long Island, turn left onto Water Street. After 1.5 km (0.9 miles) turn right onto Wellington Street and continue for 0.7 km (0.4 miles), where the paved road ends. Turn left from this point onto a gravel road and continue for 3.6 km (2.3 miles) to the gate to the lighthouse. Parking is available, and it is a short walk past the gate to the light.