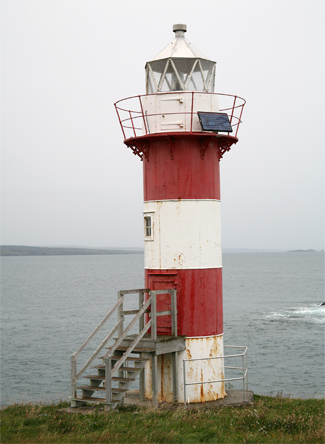 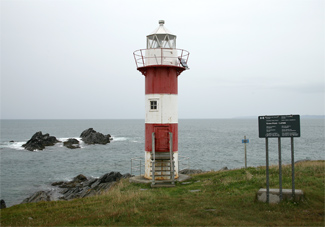 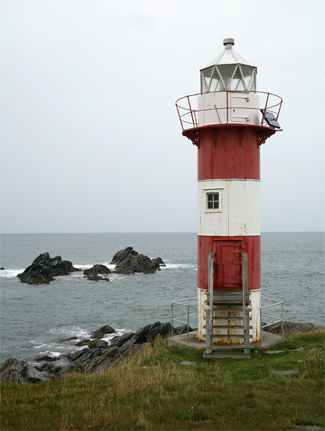 Bay Roberts has long been an important business centre on Conception Bay. From the establishment of the first fish merchant in 1810 to the opening of the Bay Roberts Mall in the 1970s, there have been numerous family-run businesses, but no family has had more economic impact than the Dawe family. Charles and Azariah Dawe ran a fishery company out of Bay Roberts in the second half of the nineteenth century that owned more than thirty vessels at one point and exported over 300,000 quintals of fish a year. The Dawe family later expanded into the lumber, coal, and oil industries. The seal fishery joined the cod fishery as a mainstay of the local economy. In 1837, the towns of Bay Roberts and Port de Grave sent out eighty-three vessels to participate in the seal fishery. On April 28, 1872, the Huntsman from Bay Roberts was lost in the Strait of Belle Isle along with its crew of forty-four men during the seal hunt.

In 1880, a petition from Isaac Bartlett and other residents of Bay Roberts and neighboring settlements on Conception Bay calling for the establishment of a lighthouse on Bay Roberts Point was presented to the Newfoundland House of Assembly. Now commonly known as Green Point, Bay Roberts Point is the eastern end of the Port de Grave Peninsula, which defines the southern side of the entrance to Bay Roberts Harbour.

John T. Neville, Inspector of Lighthouses, noted in 1882 that four cast-iron towers had been prepared for harbour lights at Sandy Point, Point La Haye, Brigus, and Bay Roberts Point. By the close of 1882, a store had been partially built on Green Point under contract, and the iron tower was in storage at Bay Roberts, ready to be sent to the point whenever the weather became sufficiently open for it to be erected.

During the first part of 1883, the iron tower was put up on Green Point and equipped with its illuminating apparatus, a keeper was appointed, and the light was placed in operation. The tower, which was painted with two red and three white horizontal bands, displayed a fixed white light using a sixth-order lens that was housed in the triangular-glazed lantern room. A unique feature of this tower was its additional bank of lights designed to help mariners avoid the dangerous rocks located just offshore. The following description of this feature was published in the annual Light List:

Immediately beneath the principal white light, is a projecting lantern, in which three lamps are placed. The two outer ones will show white, and the centre one, in a line with the Southern rocks, N.E. ½ E. (mag.) from the tower, will be red.

The first keeper of the lighthouse was Robert Andrews of Ship Cove. The inspection report for 1895 noted that a porch was required for the keepers house, which was painted white and located adjacent to the tower. A galvanized iron tank was partially buried at the station in 1885 to store the kerosene oil that was burned in the light.

In 1931, the light was converted from kerosene to electricity, and a few years later the dwelling was torn down, as a resident keeper was no longer required for the automated light. Instead, a nearby resident was hired to serve as a caretaker. Today, the light runs off solar-charged batteries.

For a larger map of Green Point Lighthouse, click the lighthouse in the above map.

From Route 70 in Clarke's Beach, head east on Route 72 towards Port de Grave. You will reach Port de Grave after 7.2 km (4.5 miles), and from there you need to take a left onto a road opposite the harbour that will lead northeast toward Green Point Lighthouse. You will likely need to park near the last pair of houses and walk that last kilometer to the lighthouse as the road becomes quite rough and gradually disappears.


We had been advised at breakfast that we should stop at Port de Grave, as it had a nice harbour, church, and its residents had a unique accent. All the boats in the harbour were in immaculate condition, and a painting on one of them made it obvious that its owners had a great deal of love for the boat, family, and even Green Point Lighthouse.

A little research revealed that the 62-foot-long Ashton & Cody is owned by Edmund and Marian Porter and named after their two grandchildren. The vessel, typically crewed by family members, is used to fish for crab and shrimp. The painting of the two boys, who have gone over 100 miles offshore on trips with their mother, was done by an artist from Twillingate.