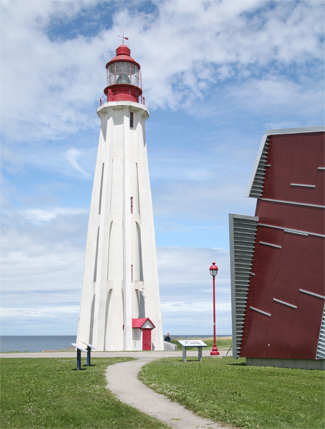 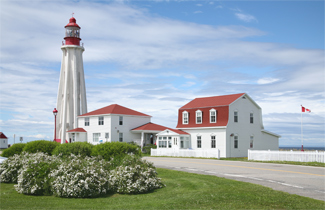 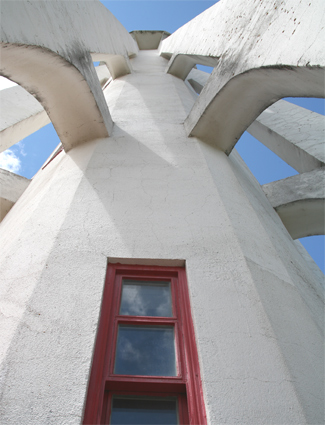 It was in the wee hours of the morning, around 2:00 a.m., on Friday, May 29, 1914, that the Point-au-Père Light Station received a chilling S.O.S. telegraph from Captain Henry Kendall of the passenger ship Empress of Ireland: We have been struck by the Storstad on our starboard side just aft of the watertight bulkhead. Water is pouring in. Have stopped engines. No lights or power. Attempting to beach the vessel. Send assistance. The Empress of Ireland had left Quebec City headed for Liverpool, England at 4:30 p.m. the previous day, with 1,477 passengers and crew on board. Henry George Kendall had recently been promoted to Captain, and it was his first journey as such down the St. Lawrence River.

It was a foggy night, and the Storstad and the Empress were aware they were both on the river, blowing their horns to indicate their presence, but unbeknownst they were on a direct collision course with each other. Unexpectedly, the Storstad emerged from the fog and slammed into the midsection of the Empress.

The Storstad did not sink, but as it backed away the Empress immediately began taking on water. The passengers and crew on the lower decks drowned quickly as water poured in. Many passengers in the upper deck cabins were able to make it onto the boat deck, and some into the lifeboats which were being dispatched. The ship lurched violently onto her starboard side, forcing passengers and crew to scramble to her port side, and then within fourteen minutes of the collision, the Empress slid beneath the water.

It was the worst maritime disaster in Canadian history. 1,012 people died. Of that number, 840 were passengers, eight more than perished on the RMS Titanic. Of the 465 survivors, four were children and forty-two were women. 134 children and 279 women were lost. When the vessel listed to its side, Captain Kendall was thrown from the bridge into the water, where he clung to a wooden grating until a lifeboat rescued him.

Upon receiving the S.O.S., the light station staff at Pointe-au-Père contacted rescuers in the surrounding area to help evacuate the sinking ship. For hours they combed the dark waters hoping to find survivors. Forty minutes before the Storstad struck the Empress, pilot Adelard Bernier had transferred to the pilot boat stationed at Pointe-au-Père.

The first lighthouse at Pointe-au-Père, listed in the Department of Marine records as Father Point, was constructed in 1859 at the Montreal Ocean Steamship Companys Telegraph and Pilot Station and went into operation on September 1 of that year. The lighthouse was a wooden, octagonal tower that exhibited a fixed red light at a focal plane of forty-three feet using six lamps and reflectors. The cost of the lighthouse, including a signal gun to be fired in times of fog, was $1,453.61.

After being destroyed by fire on April 13, 1867, the lighthouse was replaced by a square, three-storey house topped by an lantern room with a focal plane of forty-eight feet. Five mammoth flat-wick lamps and twenty-one-inch reflectors were used in the lantern room to produce a fixed white light. The lamps consumed about 220 gallons of oil each season, while the fog gun went through 500 pounds of powder with a proportionate number of cartridges. Originally painted white, the lighthouse had gained a horizontal black band by 1881.

In 1876, John McWilliams became keeper of the lighthouse upon the death of the first keeper, David Lawson. Both of these keepers served as telegraph operators besides caring for the light.

Starting in 1889, the fog cannon, which had previously been fired only in response to steamers signals for a pilot, was fired every thirty minutes during thick weather. The cannon was replaced in 1894 by cotton powder cartridges, which gave a sharper report and were fired every twenty minutes from a long pole that extended from a derrick mounted on the roof of the gun shed. In 1901, the time between firings was reduced to fifteen minutes, and after answering a vessels signal, firing was continued at intervals of five minutes until the vessel had passed the station.

William P. Anderson, Chief Engineer and General Superintendent of Lighthouses for the Department of Marine and Fisheries, visited Pointe-au-Père in 1890 and recommended that a revolving light be installed and a powerful fog siren or whistle be established at the station. A new revolving catoptric illuminating apparatus was installed that winter in time for the lights characteristic to be changed to a flash every twenty seconds at the opening of navigation in 1891. The illuminant was changed in 1902 from petroleum to acetylene, yielding a whiter, more powerful light.

The long-promised fog siren machinery was not supplied until 1901. A rectangular, wooden fog alarm building, situated on the beach, 432 feet from the lighthouse, was built in 1902, and a first-class siren commenced operation at the opening of navigation in 1903. Compressors provided the air to drive the siren and produce the following signal every two minutes: a two-and-a-half-second high note, two-and-a-half seconds of silence, a two-and-a-half-second low note, 112.5 seconds of silence. In 1904, a diaphone fog horn was installed, and this remained in service until being replaced by an electronic fog whistle in 1972.

After the current tower was completed in 1909 at a cost of $5,855.58, the 1867 lighthouse served as a residence and as the pilot's office. The unlit lantern remained on its roof until after World War I. The lighthouse was demolished in 1966, just one year shy of its 100th birthday.

The current lighthouse, which features a flying buttress design by Henri de Miffonis, is a sister to Caribou Island Lighthouse on Lake Superior and Estevan Point Lighthouse on Vancouver Island, British Columbia. The white tower is constructed of reinforced concrete, with the central tower supported by eight flying buttresses, attached to the tower in two places on the way up, and then flared out to support the circular, red lantern. The tower stands 108 feet (33 metres) tall, with 128 steps to the top.

The lantern room holds a third-order, Barbier, Benard and Turenne Fresnel lens that produced a signature of four flashes of light every 7½ seconds visible for fifteen nautical miles. Petroleum vapour burned under an incandescent mantle was used as the illuminant in the new tower until the light was electrified in 1940.

In 1975, the official light was transferred to a 115 feet (35 metres) square skeleton tower located just northeast of the 1909 tower, which was then deactivated. Automation of the Pointe-au-Père Lighthouse occurred in 1988, marking the end of lightkeeping at the station, and the light atop the skeleton tower was decommissioned a decade later. A 400-watt bulb has been installed inside the Fresnel lens in the 1909 tower, but the light is not an official aid to navigation.

Pointe-au-Père has served as a signal, wireless, storm warning, and tidal gauge station, and was a pilot station up until 1959. The site was declared a National Historic Site of Canada in 1974, and after Parks Canada was granted ownership of the station in 1977, it has found a new role: that of a major tourist attraction.

The keepers house has been converted into a museum, the Musée de la Mer (Museum of the Sea), which houses exhibits on navigation on the St. Lawrence River. The Empress of Ireland Pavilion opened near the lighthouse in 2000 to present the history of the passenger ship from its construction in 1906 to its tragic sinking in 1914.

For a larger map of Pointe-au-Père (Father Point) Lighthouse, click the lighthouse in the above map.

From Route 132 in Pointe-au-Père (just east of Rimouski), turn north onto Avenue du Père-Nouvel and drive 3.4 km (2.1 miles) to Pointe-au-Père Lighthouse where there is ample parking. The tower is open from early June through mid-October. Food is available on site. For more information, call (418) 724-6214 ‎or visit this website: Site Historique Maritime de la Pointe-au-Père.


Home to the Empress of Ireland museum, the Onondaga submarine, and the Pointe-au-Pere Lighthouse, this historic maritime site can certainly occupy most of a day. Our focus was primarily on the lighthouse, but we did take time to enjoy a nice lunch at Le Café de la Timonerie, located in the building adjacent to the submarine. The food was pretty good, but we really enjoyed the unique view of the lighthouse from the cafe.

One of our visits to Pointe-au-Pere was in 2012, when the 100th anniversary of the sinking of the Titanic was being observed. This anniversary deservedly attracted a lot of media attention, but it is amazing how little the public knows about other tragic shipwrecks. A popular movie and song have helped keep alive the memory of two shipwrecks, and the Empress of Ireland museum will hopefully do the same for the Empress of Ireland.